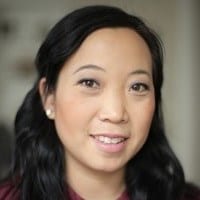 One of the world’s most experienced TeleHospitalists, Dr. Lee became the first physician in Eagle’s TeleHospitalist program in 2010 and directs the company’s program from her home base in Paris. Fluent in French, she worked as an inpatient hospitalist for two years in North Carolina while traveling back and forth to Paris. When Eagle offered the opportunity to practice quality inpatient medicine virtually from anywhere in the world, she didn’t hesitate.

A Pioneer in Virtual Care

“You’re a pioneer in virtual care and have been an integral part of the transformative journey,” said Michael Chan, executive vice president and general manager, international, for InTouch Health, a telemedicine technology provider recognized as the 2019 Best in KLAS winner for Virtual Care Platform by KLAS Research. “You’ve also been a beacon for telehealth with your unique story, having relocated to Paris to then start Eagle’s virtual hospital program across the Atlantic.”

Dr. Lee has performed more than 8,000 patient admissions through the Eagle Telemedicine program, and is accustomed to working with more than 15 Electronic Medical Record (EMR) systems used by Eagle’s hospital partners.

“It’s hard to believe that it’s been almost 10 years since I physically walked into a hospital and actually laid my hands on a patient, yet I have cared for and treated thousands and thousands of patients across the United States virtually thanks to telemedicine technology and the Eagle program,” said Dr. Lee. “And, I am able to be a Telehospitalist living in the most beautiful city in the world. I am honored to accept the InTouch award this year.”

The award marks the fourth consecutive year InTouch has recognized Eagle Telemedicine for excellence. Last year, InTouch presented Eagle with a Telehealth Global Leadership Award, recognizing the company for improving access to hospitalist care in U.S. hospitals and for its mission to improve access to underserved communities. InTouch provides the technology platform for many of the hospitals where Eagle’s telemedicine physicians practice.

InTouch’s Telehealth Innovation Forum is one of the leading telehealth conferences for healthcare leaders, bringing together visionaries from around the world to share best practices in telehealth coverage and new developments in virtual care technology.